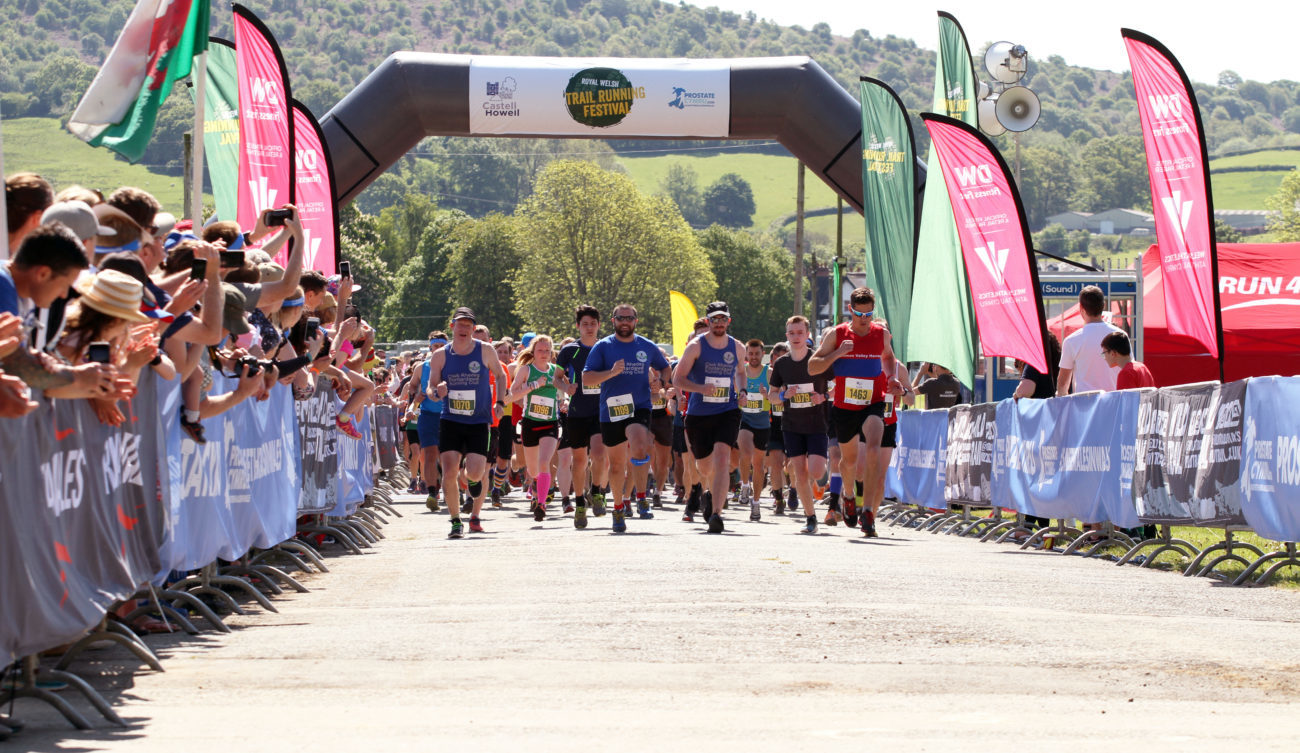 Thousands of runners will return to the stunning heart of Mid Wales for the 2019 Royal Welsh Trail Running Festival.

Incorporated into the Royal Welsh Smallholding & Countryside Festival, the Royal Welsh Trail Running Festival has quickly established itself as one of the UK’s largest and most scenic trail running events. The revamped festival of running will return with a trio of races on Saturday 18 May.

A stunning 10K race through the countryside surrounding Builth Wells will be the main feature of the revamped event. The action will begin with a fast paced 3K race before the next generation get their chance to shine in the one mile trail race, open to families.

Run 4 Wales Chef Executive Matt Newman said: “The Royal Welsh Trail Running Festival continues to grow year on year, and 2018 promises to be the biggest and best yet. Almost 1,000 runners took in the stunning scenery in the heart of Wales back in May, and we cannot wait to welcome even more runners when the new-look Royal Welsh Smallholding & Countryside Festival makes its debut to showcase the best of Wales this spring.

“The added competitive element will bring a new level of excitement to the event. Not only will festival goers get the chance to sample the best produce Wales has to offer, but now they will be able to get a glimpse of the fastest runners from all corners of the country.”

Competitors will be chip-timed as they cross the start and finish line to deliver the most accurate timings possible, while family and friends can track their progress on the Run 4 Wales smartphone app. The 10K race and half marathon will now have separate starts in a new and improved start and finish area, located next to a revamped race village.

Camping packages will again be available for those wanting a full experience of the Royal Welsh Smallholding & Countryside Festival. A four-person pitch is priced at only £25, with shower and toilet facilities on-site. Entry to the festival is also included and race packs will be posted in advance of the event.

Entries are now open, with an Early Bird entry offer available until 20 March – giving runners the chance to save £4 on the cost of their entry. Sign up at www.rwtrailrunningfestival.co.uk